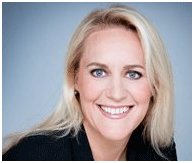 Mardia van der Walt-Korsten was recently appointed new Senior Vice President of ICSS, effective on September 1, 2015. She has been with Deutsche Telekom since 1998, holding several key positions at T‑Systems South Africa, including that of CEO. At the beginning of this year she moved to DT’s Europe & Technology organization to take over project lead for the post-merger integration of GTS Central Europe.

Mardia van der Walt-Korsten has a proven track record as an extremely customer-oriented manager. As CEO of T‑Systems South Africa, she transformed the company into the country’s largest ICT outsourcer.

“We are delighted to welcome Mardia on board,” said Rolf Nafziger, SVP International Wholesale Business Unit. “She is one of the foremost and successful business personalities in the IT world. She has proven her capabilities to position and grow T‑Systems South Africa in the highly competitive IT arena and the wholesale business isn’t any less challenging. Her vast experience makes her the best fit to lead ICSS forward along the next paths of ICSS’s development to the benefit for our customers and partners.”

Mardia van der Walt-Korsten said: “International wholesale is a very dynamic business and it’s wonderful to be entering this role during such challenging times. I am very excited to be working with my team in this industry environment to help prepare and position Deutsche Telekom’s ICSS for the future.”

Mardia van der Walt-Korsten takes over her duties from Martin Schlieker, Senior Vice President Global Network Factory, who served in an interim capacity following departure of Holger Magnussen in May 2015. Mr.Schlieker will remain in a supporting role to ensure continuity during the transition period.

Mozilla Firefox Google Chrome Internet Explorer
Your cookie settings
This website uses cookies and similar technologies to ensure that we give you the best possible service. By clicking on “Accept” you are agreeing to the processing of your data as well as its transfer to third party providers. The data will be used for analyses, retargeting and to provide personalized content on websites by third party providers. For more information, including regarding the processing of data by third party providers, see your settings and our privacy policy. You can decline the use of cookies or change your settings at any time.
Manage your cookie settings
In order to provide you with an optimal website experience, we use cookies. These are small text files that are stored on your computer. These include cookies for the operation and optimization of the site as well as for services such as the use of text or video chats, as well as for advertising tailored to your usage patterns. For example, we can recognize if you visit our site repeatedly from the same device. We would like to give you the choice of which cookies you allow.
Required cookies
These cookies are necessary so that you can navigate through the pages and use essential functions.
Analytical cookies
These cookies help us to better understand your usage patterns.
Privacy Policy